The new-generation Australian-developed 2022 Ford Ranger will be launched in mid-2022 with a fundamentally overhauled technical package including a flagship 3.0-litre turbo-diesel V6 engine, a bold new exterior and a flashy high-tech interior.

The replacement for Australia’s top-selling 4×4 ute broke cover in a co-ordinated global reveal this week, where basic details of the new vehicle were announced.

At its launch event, Ford confirmed the familiar XL, XLS, XLT and Wildtrak variant names continue on. The Sport badge goes from a limited-edition to a permanent member of the range, slotting in between XLT and Wildtrak.

Ford is also holding back much of the safety and connectivity stories and the in-depth range breakdown and pricing until closer to the new Ranger’s rollout mid-2022. But it seems certain, given the amount of new-tech thrown at this vehicle, pricing will go up.

Ford’s Victorian-based product development centre formally started working on the replacement for the 2011-2022 PX-series Ranger in 2018.

But research began globally in 2016, which is understandable considering the Ranger sells in more than 180 countries and is subject to a huge variety of user needs.

The fundamental objective that emerged from that research, which Ford says was the most extensive of any model it has ever produced, was to make the 2022 Ford Ranger “the one truck the world trusts to tackle everything”. 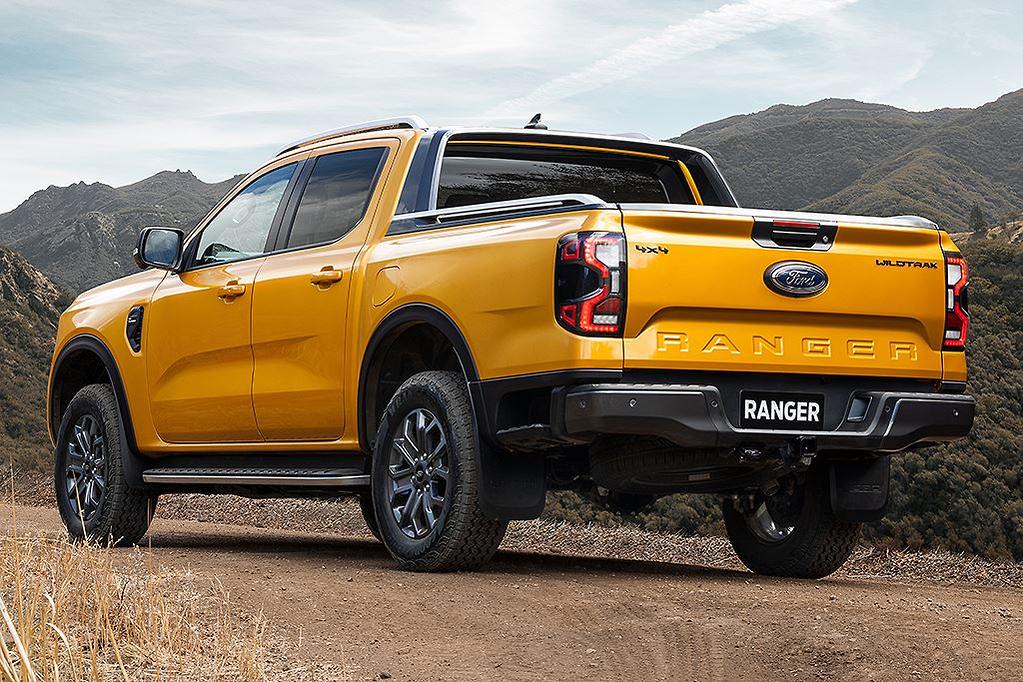 To achieve that, the new Ranger has been almost entirely overhauled.

“Pretty much everything on truck has been retooled, is new or at least been slightly modified,” Foston said.

It sits on a new third-generation T6 box-section ladder-frame architecture with a 50mm-wider track (up from 1560mm to 1610mm according to our data) and 50mm-longer wheelbase (at 3270mm) that places the front axle closer to the front of the vehicle.

The engine bay is now a hydroformed spaceframe (replacing sheet-metal panels), enabling a wider range of powertrains to fit, including future electrified units.

The 3.0-litre turbo-diesel V6, which has just been deleted from the legendary Ford F-150 full-size pick-up in the US, is one of four engines confirmed so far. It made 190kW/597Nm in the F-truck, but Ranger outputs are unconfirmed.

An updated version of the Bi-Turbo 2.0-litre diesel continues and there’s also now a single-turbo version in two power levels for entry-level models.

Transmission choices include an overhauled 10R80 10-speed automatic, 6R80 six-speed auto (for the single-turbo 2.0 diesel) and five- and six-speed manuals.

The latest Borg-Warner-sourced electronic 4×4 system joins the 4×2 and part-time 4×4 drivetrains. A generation on from the system in the Everest and similar to the transfer case in the latest F-150, it offers a set-and-forget 4Auto mode as well as the usual 2Hi, 4Hi and 4Lo modes. 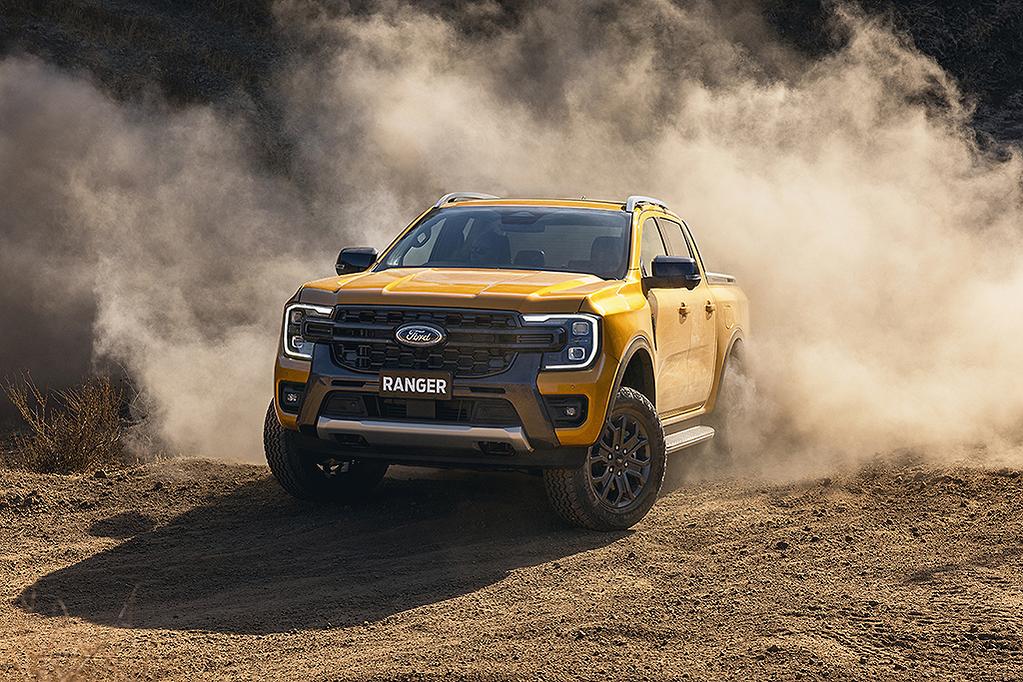 The suspension retains the same fundamental set-up as before; double wishbones up front and a beam axle leaf spring rear-end. However, the rear dampers have been moved outboard to improve stability, ride comfort and carrying capacity.

Key performance attributes such as the 3500kg braked towing and 800mm wading depth remain unchanged. Other details like payloads, GCM, GVM and kerb weights are unconfirmed.

Ford says the Ranger has a steel body, suggesting a vehicle that can already top 2200kg (more than 2300kg as a Raptor) will still be in that vicinity.

Approach, breakover and departure angles are either the same or slightly better, the latter improved by tucking the tow bar away better. The turning circle is “negligibly” larger.

Despite the longer wheelbase and wider track, the overall length and width of the Ranger is about the same as previously and the size of the dual-cab passenger cabin remains basically unchanged.

But no panel or glass carries over from PXIII, although daylight openings (window frames) are the same. Single-cab and extra-cab Rangers are coming, but are yet to be revealed.

The tray is wider and can now fit an Aussie pallet. Ford is very proud of the box step located at each rear corner of the tray that aids access. Pop-out box capping is standard. The tailgate has integrated cup holders and can act as a work station.

Ford says the intention was to present a more masculine exterior design, exploiting the wider track and reduced front overhang. The way the C-clamp headlights and daytime running lamps interlock with the grille is a key design element, while the broad shoulders obviously relate to the F-Series family.

Ranger will offer LED headlights and 20-inch wheels for the first time (up from 18s).

The new Ranger will include Ford’s SYNC4 infotainment operating system and continue to be fitted with an onboard modem. In addition to existing FordPass features such as remote start, it will now be able to receive over-the-air updates. But Ford hasn’t shared any detail about that.

The cramped and compromised current upper-spec digital dashboard has been binned for two all-new digital designs measuring 12.4- and 8.0-inches respectively. There’s a stubby new automatic transmission e-shifter gear-change lever, but you can still only change gears manually via a rocker switch.

The steering column now adjusts for reach as well as rake and the seat designs are new.

Ford says the Ranger will come with a range of almost 600 accessories, many developed with Australian company ARB.

This article originally featured on carsales.com.au and can be viewed here.