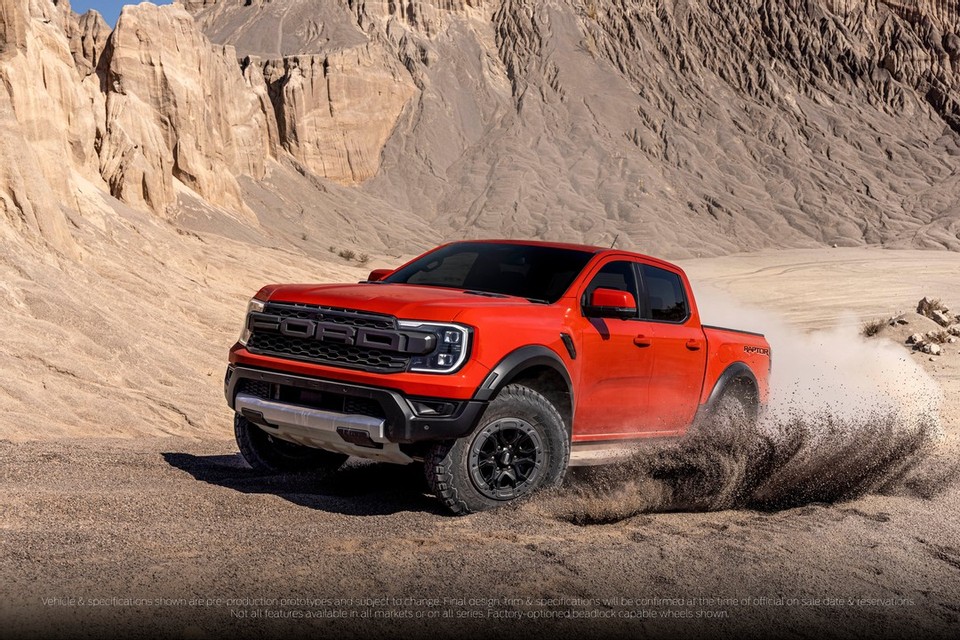 The faster, more powerful, and even more hardcore second-generation Ford Ranger Raptor has been revealed in full, as the Blue Oval seeks to shore up its dominance in the performance pickup market.

The headline news is a radically different engine: a 3.0-litre twin-turbo petrol V6 offering nearly twice the power as the outgoing diesel, and an exhaust system with variable valves for different sounds depending on driving mode.

Ford also claims to have made this iteration even better at rapid off-roading than before, and tougher to boot.

As before, the Raptor was engineered and developed in Australia by Ford’s large local team of engineers and designers, and put through its paces at its Victorian Proving Ground as well as myriad off-road tracks all over the country.

“We knew that customers would expect improved performance with the Next-Gen Ranger Raptor, but I’m not sure they’re really expecting the enormous leap we’ve made… I think the raw performance is going to blow them away,” said chief program engineer Dave Burn.

While the 2.0-litre Bi-Turbo diesel will continue to be offered in some markets, Australia will receive the Raptor-exclusive force-fed 3.0-litre petrol six pumping out 292kW of power and 583Nm of torque, the latter at 3500rpm.

The diesel made 157kW and 500Nm, for contrast, although both engines have the same 2500kg towing capacity.

This article originally featured on carexpert.com.au and can be viewed here.